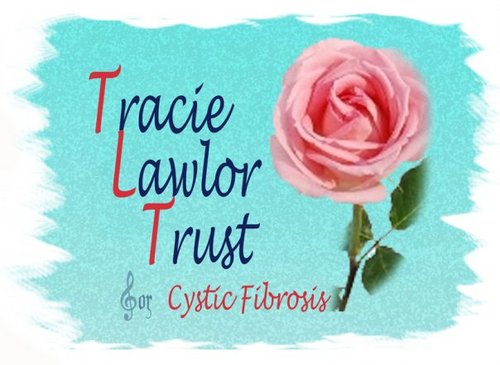 Here we will take a look deeper into the evidience and how we can use mind body techniques during SARS-CoV-2 outbreak and beyond that may help improve a person with Cystic Fibrosis (PWCF) mental health. Notice the information herein is not to be taken as medical advice and you should always talk to your healthcare team before making any changes see disclaimer.

Help us keep providing this information for free by donating or by text donating.

Tai Chi has been discussed previously here and a FREE training video is available here to all those with CF and the wider community. Yoga is also discussed in minor detail here, below we will provide some links via CFRI (USA) for yoga see resources (below for all).

Maintaining cognitive health is extremely important in helping CF patients stay on track with their daily regimen. This is no easy task, since living with a chronic disease greatly impacts one’s mental health and increases the chances of developing a mental disorder. Dealing with chronic disease and the daily regimes of medication and therapies could be burdensome, and in some individuals contribute to the development of anxiety, insomnia, and decreased compliance with the therapeutic regimen.

Mechanisims of stress induced inflammation  in a murine model of allergic Asthma there was a significant shift toward Th2 predominance where mice were under acute stress1,7, while socioeconomic status was associated with increased exhaled NO status in children,6 while in a PET study (n=30) conducted to compare asthmatics with chronic and low level life stressors (average age 26.23 ± 6.04 years, 12 female) it was found that those with chronic stress levels had a higher response to acute stress and did not have a simliar suppresssive response compared to those with low levels of chronic stress, which may reflect a greater activity of airway inflammation under chronic stress.4

Why does it matter?

In a recent Cochrane review of psychological interventions for Cystic Fibrosis which included 16 studies (n=556) with a wide variety of interventions for both CF’s and their families, there was no firm conclusion drawn as to what may or may work due to the poor quality of most studies. Dietary behavioural interventions may have an impact on increased calorie intake in children (range 4 to 12). A single study in biofeedback-assisted breathing demonstrated improvement in lung function measures but further evidence is needed from larger multicentre trials.5

Many people use meditation to reduce stress and improve quality of life. A review of placebo-controlled clinical trials consisting of 3,515 participants with a broad spectrum of conditions were conducted to determine if there was any benefit psychologically to individuals. After reviewing the data, it was concluded that meditation programs had moderate evidence of reduced complaints related to anxiety and depression after 8 weeks and to pain after 3-6 months.
Research on meditation and cystic fibrosis is limited; however, research has been published on the effect of meditation on lung function in patients with asthma. One randomized, controlled trial, consisting of 42 mild to moderate asthmatic patients, was conducted to assess the effect of mindfulness-based stress reduction (MBSR) on the quality of life and lung function.
After 12 months of MBSR there were clinically significant improvements in quality of life (p=0.001) and perceived stress (p=0.001). There was no significant effect found on lung function. Since there were significant improvements in quality of life in patients with asthma who share similar clinical respiratory symptoms to cystic fibrosis, it is plausible that meditation might be of some benefit to CF patients as well.2

Movement  based Meditation Tai Chi and Yoga are refered to in the preious blog post. In a systemic review funded by TLT4CF into meditative movement (MM) for Cystic Fibrosis (CF), researchers searched Chinese and English databases and identified 1649 papers, of which 43 were included with 23 RCT’s and 20 non-randomised trials, there were no studies in CF (at the time) 27 studies in health people seems to show an improvement in FEV1 compared to no treatment, while 11 studies were conducted in patients with respiratory disorders it did not seem to affect FEV1 however sample sizes were small with short term follow up and non-randomised design, therefore clinically significant conclusions could not be drawn and further more powerful and better designed studies should be conducted.3

Hypnosis is another alternative therapy that may help alleviate symptoms of respiratory disorders. It is most helpful in the pediatric population, because it allows physicians to diagnose and treat patients with complicated clinical symptoms and reduces time spent on testing. Hypnosis also improves patient adherence to prescribed therapies, facilitates the healing process, and empowers pediatric patients to achieve self-mastery.
Medical hypnosis might seem like a dubious form of treatment to some health professionals. It is defined as a “state of inward attention during which the mind is focused on an idea of therapeutic value that can potentiate physiological change.”
In a pilot study that was conducted on 12 pediatric CF patients, aged 7 to 18 years, the experimental group showed a significant increase in peak expiratory flow using an air flow meter immediately after self-hypnosis when compared to the control group. However, the sample size was small and other factors such as medication adherence needed to be examined.2
In a study consisting of 49 CF patients, 86% reported that hypnosis was helpful for them. CF patients used self-hypnosis in order to relax, improve their tolerance to medical procedures and treatments, and to cope with headaches. Also hypnosis helped with adherence to medications. Despite little practice of hypnosis for cystic fibrosis, evidence suggests a possible benefit to patients with low adherence. Hypnosis may be contraindicated in psychosis or certain types of personality disorders, always consult your healthcare team first.2

Music therapy has also been shown to improve the quality of life in patients in general, and with respiratory disorders in particular. In fact, in one study participants with COPD had reduced anxiety and depression and an improved sense of well-being following 12 biweekly group singing sessions.
Singing seems to act as a form of exercise for the respiratory system because it requires the respiratory muscles to expand the rib cage and the abdominal cavity.238 Similar to the patients with COPD, patients with CF require the respiratory system to be in optimal shape in order to have good health.2
The first study that was done on this subject dealt with the use of music therapy to improve the experience of CF patients during routine chestphysiotherapy.240 The study consisted of CF children aged between 4½ months and 24 months who were divided into a treatment group (listening to music tape composed and compiled by a music therapist) and control group (no audio tape). The outcome was assessed using a seven point bipolar Likert-type scale where -3 was least enjoyment,+3 was the most enjoyment and 0 was neutral. The results indicated that children’s enjoyment increased by 1.25 units (p=0.02) compared to insignificant changes in the control group. This small preliminary study demonstrated that music therapy may be beneficial for CF patients, but larger more controlled studies areneeded to come to a definitive conclusion.2

Maintain placebo(s)? (discussed in further depth later) even in blockbuster drug trials there was always an improvement within the placebo group(s), this is something that should be exploited as there is no side-effects, and also it may be important to understand the nocebo effect(s). We at the TLT4CF would recommend all CF centres have training available for healthcare professionals in mind body therapies.

For a more information see our book for healthcare professionals Complementary Symptom Management for Cystic Fibrosis produced with NHRI. Help us keep this information free and our work on evidence based integrative medicine going by sharing and donating.