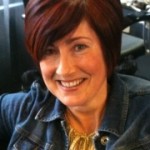 Ava Li was diagnosed in 2008, a week before I turned 40. She was our first and only child and although the news broke our hearts at the time, there was some element of relief to know that we had been correct all along in feeling that something was awry. Because there was no new born screening in Ireland then (it has since been introduced); she was 14 months old at her diagnosis. In those 14 months we had been in A&E twice; she had been on several courses of antibiotics and once we had been sent home by a ‘relief’ doctor with a pat on the head and told to buy a honey and lemon mixture to ease her cough.

I had always been a firm believer in alternative remedies and whilst I was content to give the first couple of antibiotics I got increasingly upset when I saw they were not working and I felt they were potentially damaging her young immune system.  I recall introducing Vitamins C and D and probiotics and noting a marked improvement in her health during that time. However, when the diagnosis came, I was shocked into doing everything the doctors said and because I knew very little about cystic fibrosis in the early days, I looked to them entirely for guidance and answers.

However, in the following 16 months, I felt increasingly powerless and depressed; Ava Li was hospitalised twice with a total of three different sets of IVs and she was prescribed a further ten courses of heavy strength antibiotics for infections of varying grades.  Breaking point for me was the tenth antibiotic course which was for – as I discovered midway through the course – a scanty growth of staph aureus. At that point I realised I could not continue on the path we were on.  I felt that her immune system had to be capable of and allowed to fight some battles itself, and I realised I could not put her health entirely into the hands of prescribed antibiotics.  I had read, researched and cross examined all information relating to cf I could get my hands on. I realised that I had to regain control of my child’s health and steer a different course for our family. I would gratefully accept modern medicine at appropriate times, whilst utilising the generations of natural medicine, therapies and knowledge that had always been my basic instinct.

From the moment I made that conscious decision our lives changed for the better. I felt empowered and alive again. I reintroduced various vitamins, minerals and supplements that I would have used previously, I researched dosage, I googled cf with the words ‘good news’ attached, instead of ‘life expectancy’ or ‘severe mutations.’ I made contact with scientists who ha 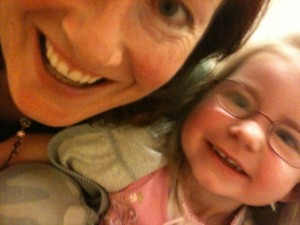 d done research on various promising therapies e.g. silver and glutathione. I worked intuitively again and believed in my ability to make a positive difference.

Following these initial changes, Ava Li remained off antibiotics for 10 months until evidence of infection showed up on a chest x-ray. She was then antibiotic free for a further 23 months until a scanty growth of pseudomonas and, is currently 11 months hale and healthy. I usually dislike discussing or comparing periods without antibiotics as I understand everybody is different and nothing is certain or guaranteed – everything can change.  I use it here purely to display what I firmly believe was the difference my approach and attitude had on our daughter’s health and outlook.

The specific changes I made at that time are as follows:

Diet: I began daily juicing organic fruit and vegetables, included daily portions of raw, unprocessed food, kept sugar intake to a minimum and removed most dairy (we still do limited amounts and try to veer towards goat dairy whenever possible).

Exercise: We make a huge effort to incorporate elements of fun exercise. Currently Ava Li has running, swimming, dance and dog walking incorporated into her week!

Attitude: This is arguably the most vital element of all for me. I believe we are truly lucky and have an immense debt of gratitude. I also believe that we have control over our bodies, minds and health. It is not that I think we will not suffer or become ill at times. Rather, it is a belief that we have more ability to deal with those challenges that we often give ourselves credit for, and that our physical, emotional and spiritual bodies have an immense healing capacity which we need to nurture and develop.

Of course I still have times of worry, doubt and anxiety, but I attempt to recognise those times as a human condition rather than weaknesses!  I gratefully recognise western medicine and the benefits and advances it brings to our world. However, I also feel that western medicine owes much of its foundations and many future endeavours to nature, yet it often displays little respect or awareness of this and is too often solely profit driven. In Karmic terms alone this can’t continue; it is not possible to continually take from one source and repay with disrespect and self-serving greed. It is therefore unthinkable for me to allow my daughter’s future to be entirely in the hands of western medicine.

I truly believe that as a global community we need to begin to see the natural healing and life giving properties of our universe, and ourselves, and gratefully recognise the benefits that a holistic approach to health and living brings.

I believe that by raising our daughter with a healthy awareness, empathy and respect towards all living things, she will be well armed to rise to whatever challenges she may meet along her path.

This story was kindly re-published with the consent of our Uk friends at http://dearcf.com/. Louise Byrne has authored two books specifically for children with Cystic Fibrosis, in particluar she has received notable media attention from her book “Can you see what I see?”, which she decidated to her mother, a book that no doubt encapulates Louise’s own ‘Zen’ positive philosophy. Read more on her book here!  The information contained herein is for information purposes only and is not to be taken as medical advice. Always consult your doctor or healthcare professional before making any changes to your medical regime. Notice Disclaimer